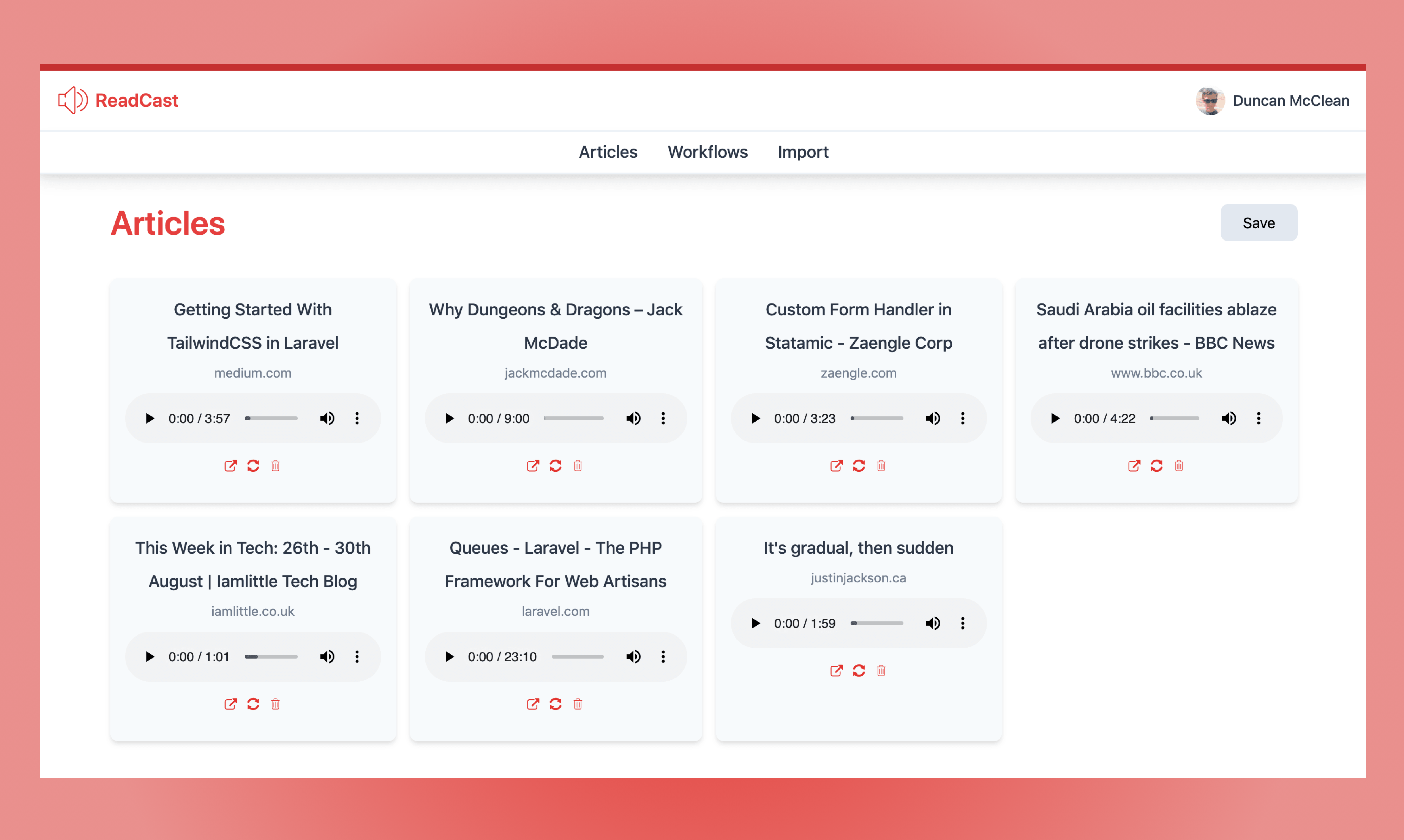 ReadCast was a web app that would let you save articles and listen to them later in a podcast player of your choice.

It was similar to stuff like Instapaper & Pocket - but instead of reading the articles, you got to listen to them.

I ended up shutting it down end of 2020/mid-2021 as it wasn't making very much money, credit was running out on my cloud hosting providers and ultimately it would cost too much to run.

I've often thought at bringing it back as a fresh app, fresh launch, fresh set of features but wasn't sure if folks would still use it. If you would, leave your email below and I'll think about it...